The Swiss Packhorse: Then and Now

The Swiss Military has had a lengthy history of using horses to navigate the steep and mountainous terrain of the alps. Horses have served a well-known mounted military, but a lesser recognized use has been the time-honored, hardworking packhorse. Let’s take a quick look at the story of the packhorse and the industry surrounding it.

The Packhorse in History

The rugged trails and terrain of Switzerland have hindered carriages and other vehicles for the last 300-400 years. This terrain helped to create a thriving packhorse trade. Packhorses were strung in lines of 20-30 and navigated popular trade routes in Europe. Achlof Packhorses describes, “… routes stretched from Hall to lake Garda, into the Engadin and up to Swabia and Kempten.” Tracks were often in poor condition such as a when a bridge at Imst went down with a horse, or flooding in Meran which delayed a train by 5 days.

Despite the risks and costs of the unexpected, the packhorse trade thrived, creating trade across the country. A strong side business including saddle makers and farriers also arose, with a street in Heiligenkreuz dedicated to the packhorse.

Modern packhorses are commonly used by the Swiss Military, although private owners exist for both recreation and industry. Here is a great videos to explain more (you can skip straight to them at 1:22 for the farriers if you like):

If you liked that video, you can find the long version here (about 12 minutes) and it’s in English:
Schweizer Armee at FourBees Blog. There is an additional video there too about the packhorses that you might enjoy.

Why Horse will Always Be Important to the Swiss Military

As if you still had a question, here’s a list of why from the Los Angeles Times:

Blacksmith Buddy and the Swiss Farriers

Robert Kindt at Eurotrade Switzerland provided Blacksmith Buddy with an introduction to the Swiss Military equine unit commander. While in Switzerland during BBs European tour, we were able to stop by for a hoofcare demonstration and tour of the facilities. We remembered to take pictures and hope you enjoy. 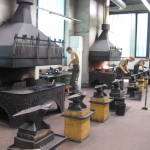 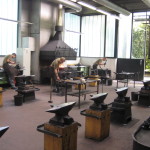 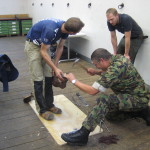 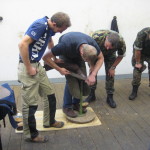 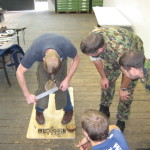 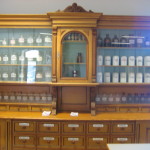 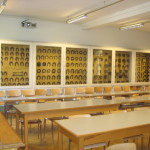